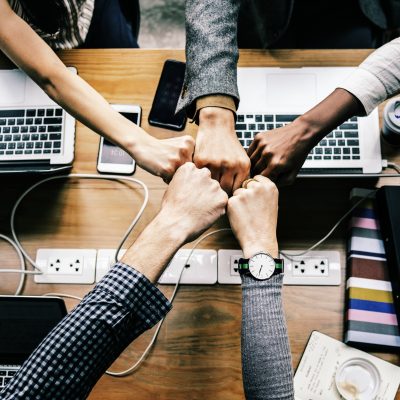 I came across a passage in the scripture written by the richest man who ever lived and that was Ecclesiastes 4:9-12. It says, “Two are better than one, because they have a good reward for their labour: for if they fall, the one will lift up his fellow; but woe to him that is alone when he falls; for he has no one to help him up. Again if two lie together, then they have heat: but how can one be warm alone? And if one prevails against him, two shall withstand him: and three fold cords is not quickly broken:
It is networking that graduates a company into a co-operation of men and woman with like minds driving of a common goal in pursuit of any business venture. Most of the banks that crashed were privately owned. Father mother, children, brother, etc.
There is no where one man can build Microsoft, there is no where one man can build virgin Empire, there is on where one man can build walmart. One man gets the idea, others interest their skills and resources into at to become stake-holders. Conglomerates are products of conglomerations. One tree never makes a forest, so no one man will ever be equal to four men and no four separate man will ever be equal to four men.
One of my mentors, Dr. Myles Munroe of blessed memory made a profound statement that nothing in life is ever successful without the corporate effort of many gifted people who were willing to network and submit their talent, experience, and passion for a common good. At great leaders are always cognizant that no great accomplishment has ever been achieved by one individual mankind was created so that people would benefit from one another mutual contribution as they live and work together. Everyone has an ability that no one elso has and is indispensable in the world. Likewise because of their unique gifts and perfectives, each human being is a solution to a certain problem that needs to be solved.

Networking is the ability to work together toward a common visions. It is the fuel that allows common people to attain uncommon results in life. In life, no one can be the best of everything; none of us is as smart as all of us but when all of us combine our talents, we can be best at virtually anything. The late steve job of Apples said one time that Great things in business are never done by one person, they’re done by a team of people.
Someone said somewhere that to be truly successful, that you need to work for a least 1000 hours per day. How can one person work for 1000 hour in day seeing that he has only 24 hours in a day? This can only be possible through networking for instance, say 200 persons invest 5 hours each to no a particular work, say clearing a forest, then the total work hour will be equal to 200 x 5 = 1000 hours which is far far greater then what one man can do even if he wants to spend the entire week in the forest. The secrets of many of the fortune 500 companies is that they have thousands of workforce for instance WalMart employs over 2.2 million associates round the world and Amazon as of 2018. This is the secrets to the greatness of these companies.