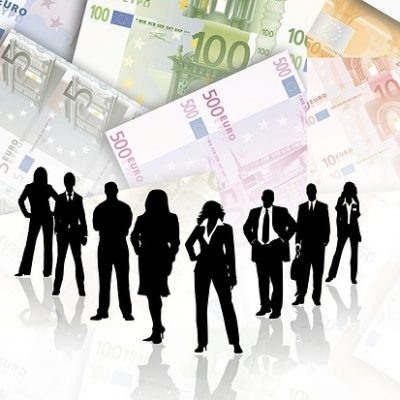 I did a research about the richest people in the world and I began to ask myself what was the secret to these men’s wealth. Look at Jeff Bezzos of Amazon, what is making money for him? Of course people.
Look at Mark Zuckerberg of facebook, what is making money for him?…people.
What is making money for Google?… people
What is making money for the Government ?… people.
What is making money for the Banks?
What is making money for Coca-Cola?… people.
So, I came to the conclusion that money is in people are the custodians of wealth, try to be good to people today, because they are the ones with your money tomorrow. “To make money, make people. The people you made today will make you tomorrow. To invest in properties is good but to invest in people is far far better. Making people happen is far lasting than making things happen. The people you make today will make things happen tomorrow. Nothing makes life sweet like making people happing. Your greatest trophies are the tears you wipe away not the things you achieve. Your greatest achievement us raising achievers.
To make people valuable makes your life more honourable. The people you happing in turn make you happing. The people you help today becomes your armies tomorrow. Don’t let others u gratefulness stops you from making others great”. In this digital error all that digital business men are crying for us “traffic”, that is why they go as far as giving out some free staffs just to get “traffic” what is this traffic? People of course!
So, the ultimate secret for making excess money is when there is a high demand for what you be doing or selling.

Networking with people who are in position to contribute to your dream or vision is one of the least used tools of greatness. There is a saying by the richest man who ever lived, Solomon that “where there is no vision, the people perish”. (Proverbs 29:18); The converse is also true: “whose there is no people, the vision, will perish. This suggest that of you went to _ your vision, dream or idea to manifestation, then you need the assistance and contribution of like minded individuals. Man has three stages in life. The dependent stage, the independent stage and the inter-dependence stage.
The dependent stage is when we are still depending on our parents and guidance for substance. But, as we grow up, we ever the second stage called independent stage. There is always a tendency to want to remain independent “but you cannot achieve much in life when you settle of things plateau. Just to as the saying goes to you want to travel “fast in life go alone, but if you want to travel far in life, go with people. So to succeed greatly in life, we need to become inter-dependent because we need the contribution of other to succeed in life.