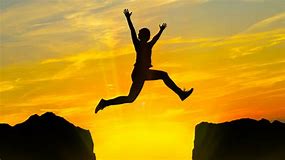 Michael Jordan was a basketball genius. He took what nature gave him and focused on it with daily improvement. He didn’t try to be good at five different sports; he just got devoted to being brilliant at basketball and eventually became an Icon, a worldwide celebrity.

Thomas Edison though was labeled a slow learner by his school teacher when he was a kid, but rose up to be one of the greatest inventors in history with about 1093 inventions over his life time. He invented the electric bulb as well as the phonograph. He didn’t try to be a great poet, a great musician and a great business man. He simply focused on his inventions, thus improving daily. Today he is a public figure with worldwide recognition and influence even after death.

There is no all-rounder in life. The world is ruled by specialists. So you are never a focus, until you have a focus on a particular area of life. ‘’Jack of all trades,’’ they say, is “a master of none’’. One thing is enough to establish us in life. We can’t all be business men, preachers, politicians or academicians, so strive to discover any area that interests you and identify with it if you ever want to be recognized and influential even after death.
Mastery is the secret to worldwide recognition and influence even after death. It is the result of countless number of hours of work, practice and exercise. To master any given subject is not a task for days or months or even years. It often will take tens of years of practice in any domain for anyone to become a master in it.
According to research, record setting athletes start practicing right from childhood, this is also the case for musicians who master a particular musical instrument. So there is need for much practice time for anyone to become world class at anything.
Researchers have settled that, ten thousand hours of deliberate practice is what is needed for mastery or true expertise. Ten thousand hours of deliberate practice may not be literally applicable to all fields but the idea of deliberate practice for long periods of time is absolutely necessary for mastery. Even the wisest and richest man who ever lived – Solomon, said in Proverbs 22:29; “Do you see a man diligent and skillful in his business (or work)? He will stand before kings; he will not stand before obscure (i.e. common) men’’.

No one wakes up one day to realize that he is a world best footballer or basketballer or a professor in academics or even a preacher. These accomplishments are the result of long hours of works, thousands or hundreds of mistakes and failures.
There is a formula I believe so much, it says that;
Mistakes + corrections = perfection (mastery)

I graduated with a First Class (Hons) degree in Mathematics. It really wasn’t a magic at all because I invested an average of six hours daily to study and solve mathematical problems- failing and learning from my mistakes before examination approaches.
So, if you must influence the world positively, you must master something-ensuring that there is serious difficulty in replacing you in your own area of interest or niche.
One of the great men I admire so much – Dr.  David Oyedepo said “You are one man and you are at your best in one thing. If you can locate what that thing is, and stick to it, then you are guaranteed of distinction” – provided you give it all your attention – mentally, physically and emotionally”.
Find your genius/ mastery points and develop them. Start today and in three to five years time people will be speaking about you, celebrating your magnificence.
Remember, “You cannot be committed and not be creative, you cannot be creative and not be productive, you cannot be productive and not be successful, and you cannot be outstandingly successful and not be influential –impactful” – Dr. David Oyedepo.