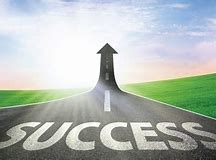 Two days ago, I read a story about two young University graduates by name Tayo and Kola who joined a company together a few months after their graduation from University.
After a few years of work, their manager promoted Tayo to a position of Senior Sales Manager, but Kola remained in his entry level junior sales officer position.
Kola developed a sense of jealousy and disgruntlement, but continued working anyway. One day Kola felt that he could not work with Tayo anymore. He wrote his resignation letter, but before he submitted it to the manager, he complained that the management did not value hard working staff, but promoted only the favored!
The manager knew that Tayo worked very hard for the years he had spent at the company; even harder than Kola, therefore he deserved the promotion. So in order to help Kola to realize this, the manager gave him a task. “Go and find out if anyone is selling water melons in town?”
Kola returned and said, “Yes, there is someone.”
The manager asked, “How much per kg?” Kola drove back to town to ask and then returned to inform the manager; “they are 1 dollar per kg!”
The manager told Kola, “I will give Tayo the same task that I gave you. Please pay attention to his response!”
So the manager said to Tayo, in the presence of Kola; “Go and find out if anyone is selling water melons in town?”
Tayo went to find out and on his return he said:“manager, there is only one person selling water melons in the whole town. The cost is 5 dollars for each water melon and 3 dollars for a half melon. He sells them at 1 dollar per kg when sliced. He has in his stock 93 melons; each one weighing about 7kg. He has a farm and can supply us with melons for the next 4 months at a rate of 102 melons per day at 4 dollars per melon; this includes delivery. The melons appear fresh and red with good quality, and they taste better than the ones we sold last year. He has his own slicing machine and he’s willing to slice for us free of charge. We need to strike a deal with him before 10am tomorrow and we will be sure of beating last year’s profits in melons by over 50,000 dollars. This will continue positively to our overall performance as it will add a minimum of 8.78% to our current overall sales target. I have put this information down in writing and is available on spreadsheet. Please let me know if you need it so I can send it to you in fifteen minutes.”
Kola was very impressed and realized the difference between himself and Tayo. He decided not to resign again but to learn from Tayo.
Success, greatness, promotion and leadership – begins on the extra mile.
In life you won’t be rewarded for doing what you are meant to do, you will only get a salary for that! You are only rewarded for going the extra mile, performing beyond expectations.
So, to be successful in life, you need to be observant, proactive and willing to do more, think more, have a more holistic perspective and go beyond the call of duty.
Please think about this idea. I think it’s a deeply important one. Those among us who craft extraordinary careers and spectacular lives are those who spend most of their time giving their best out on the extra mile. Yes, ordinary people don’t spend much time on the extra mile. But whoever said you were ordinary?